Proximal Hamstring Tendinopathy is a musculoskeletal problem that usually occurs in athletes who frequently bend their hips with a relatively extended knee. It mainly appears in long and medium distance runners and less often on sprinters. Running uphill is also a predisposing factor.

The tendinopathy’s initial presentation mimics a classic case of sciatica. The pain is felt at the buttock, and often radiates at the posterior aspect of the thigh. Initially, it appears only in running, and gradually the condition exacerbates and begins to appear in daily activities, such as walking, climbing stairs, bending and prolonged sitting. Any static posture or activity that compresses or stretches the tendon is capable of causing severe pain. As a result, the athlete is forced to cease the sporting activity.

What is paradoxical about tendinopathy is that the patient often complains of tingling sensation (pins and needles) along the lower limb, a symptom that points to a disc herniation in the lumbar spine. The appearance of neurological symptoms on a purely musculoskeletal condition is presumed to be the proximity of the sciatic nerve with the common origin of the posterior thigh muscles on the posterior/inferior surface of the ischial tuberosity. A misdiagnosis may occur, if it coincides with the appearance of a herniated disc on MRI. It is a clinical sign, which may initially mislead the treating physician.

Before we initiate treatment, we take a thorough history from the patient, in order to determine the severity of the condition, the sensitivity and irritability of the tendons, so that we can properly plan the exercise program. The latest evidence support that the treatment of tendinopathy is predominantly based on therapeutic exercise (you can read the article “Tendinopathy in Athletes“).

The emphasis of the clinical examination should be placed upon the the differential diagnosis of the condition with sciatica due to a disc herniation in the lumbar spine. It is emphasized that the patient has a positive Laseque test and it hurts when he or she bends from standing up with the knees straight, which are clinical signs that are characteristic of sciatica.

The clinical signs which indicate Proximal Hamsting’s Tendinopathy are the following: 1) running as a hobby or sporting activity in the patient’s history, 2) Sudden change in the training load and /or volume, and 3) Painful resistance testing of the hamstrings.

When the patient is a runner, we perform a qualitative assessment of running on the treadmill. The patient runs on the treadmill and we assess the stride length, and check if there is an increased lumbar lordosis and other biomechanical factors related to the disease (you can read the article “Runner Diseases – Gait Analysis“).

The key biomechanical points that we check are the following:

Since the main predisposing factors of Proximal Hamstring’s Tendinopathy are the compressive and stretching loads of the tendon, at the acute phase we advise the patients to:

The exercise principles during the initial phase of rehabilitation are the gradual application of loads on the tendon and strengthening of the hamstring muscles at positions where the tendon does not receive compressive loads. We begin the exercise program with isometric exercises and assess the pain behavior before proceeding to the next step.

At the next phase, when the symptoms subside, the exercises are more dynamic (Heavy Slow Resistance Training, Plyometrics) and gradually they include compressive loads on the tendon and gradually mimic the patient’s sporting activity.

The last phase is the “Return to Sports” phase, at which point we follow certain guidelines such as leaving 1 day of rest between running sessions and assessing the pain response on the next day after training. The key point is to give clear explanations and educate the athlete how to interpret the relationship of pain and training intensity. 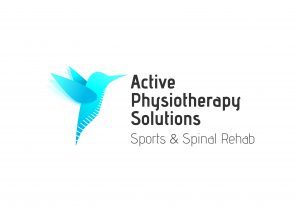